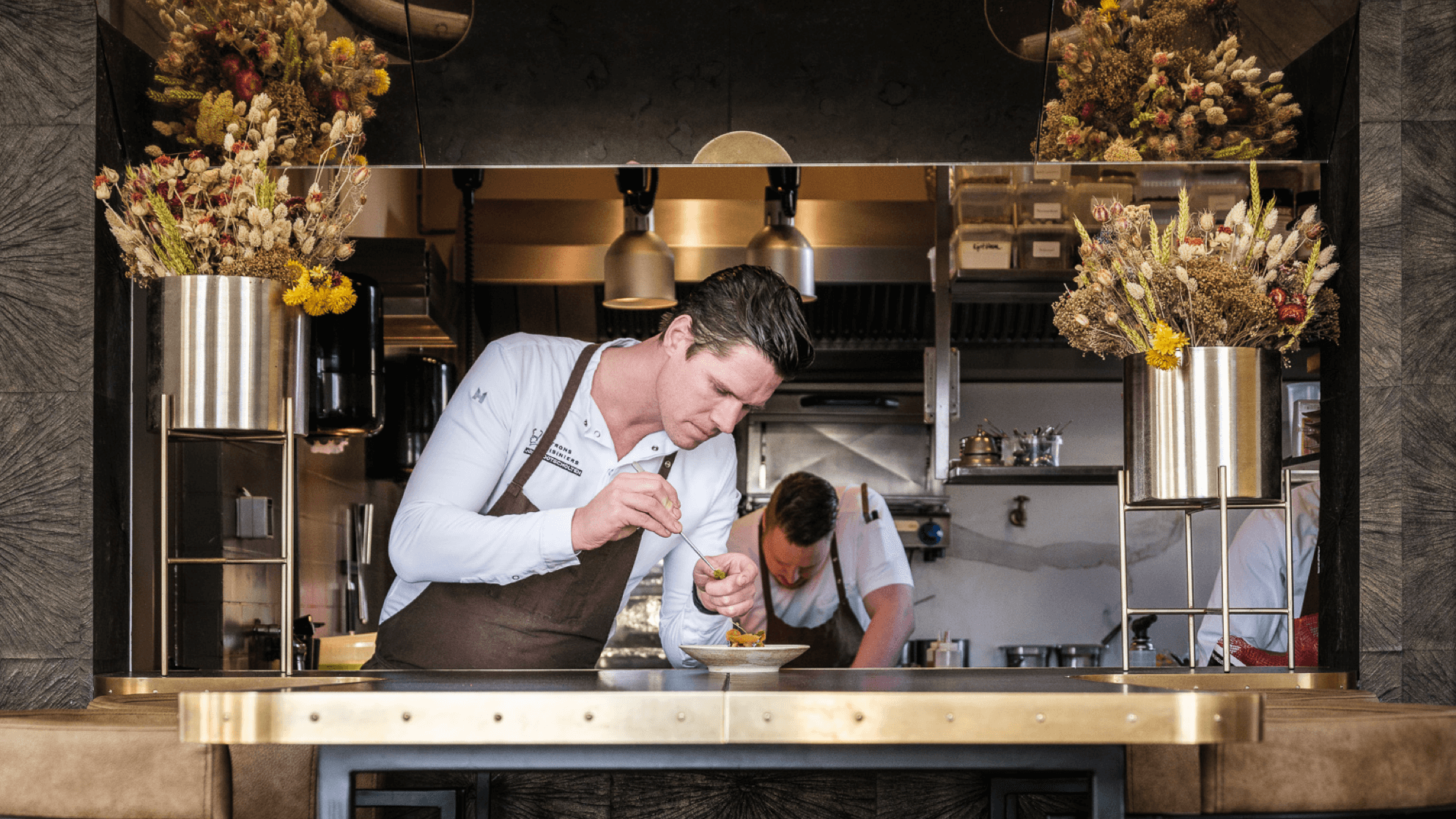 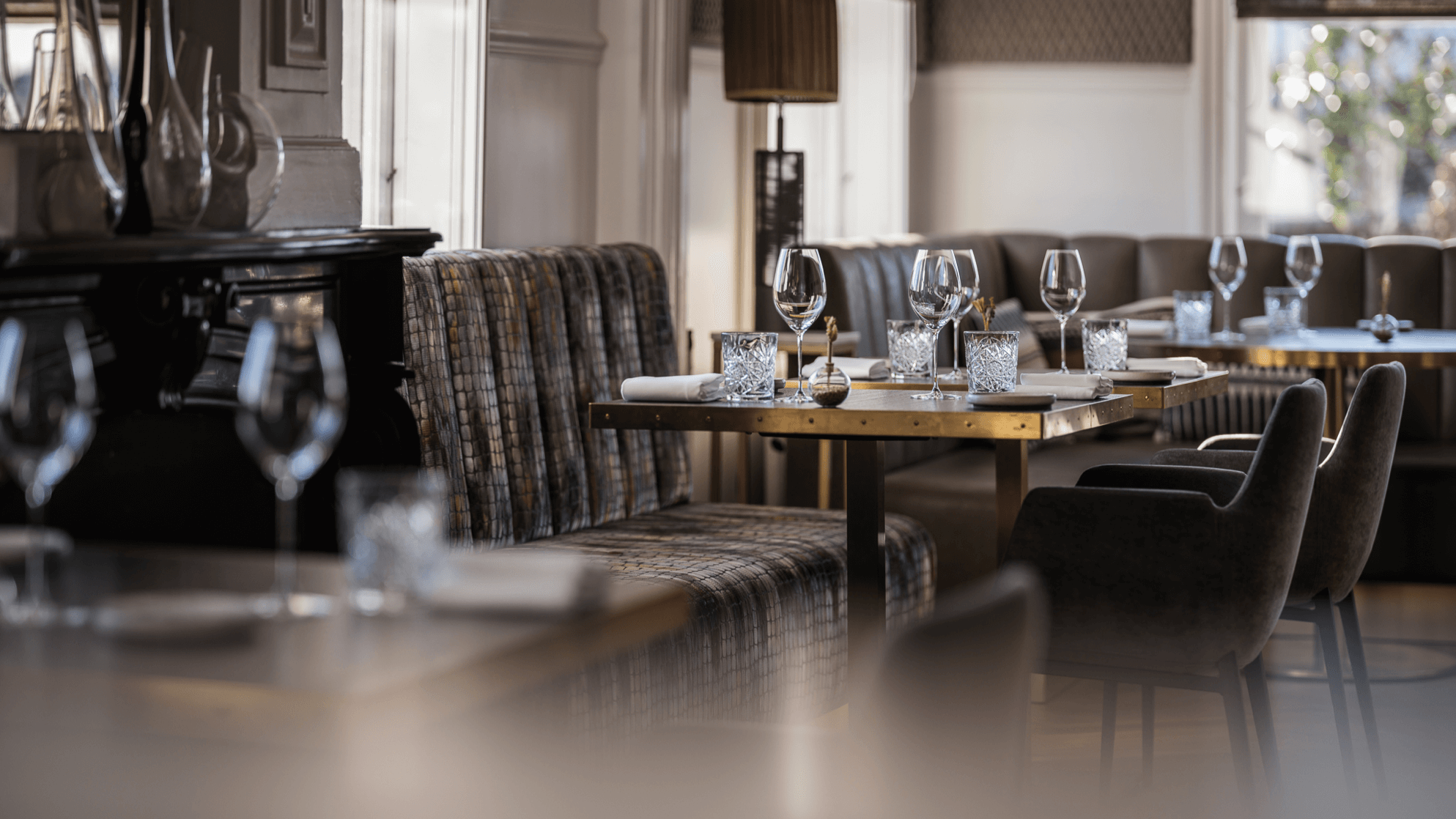 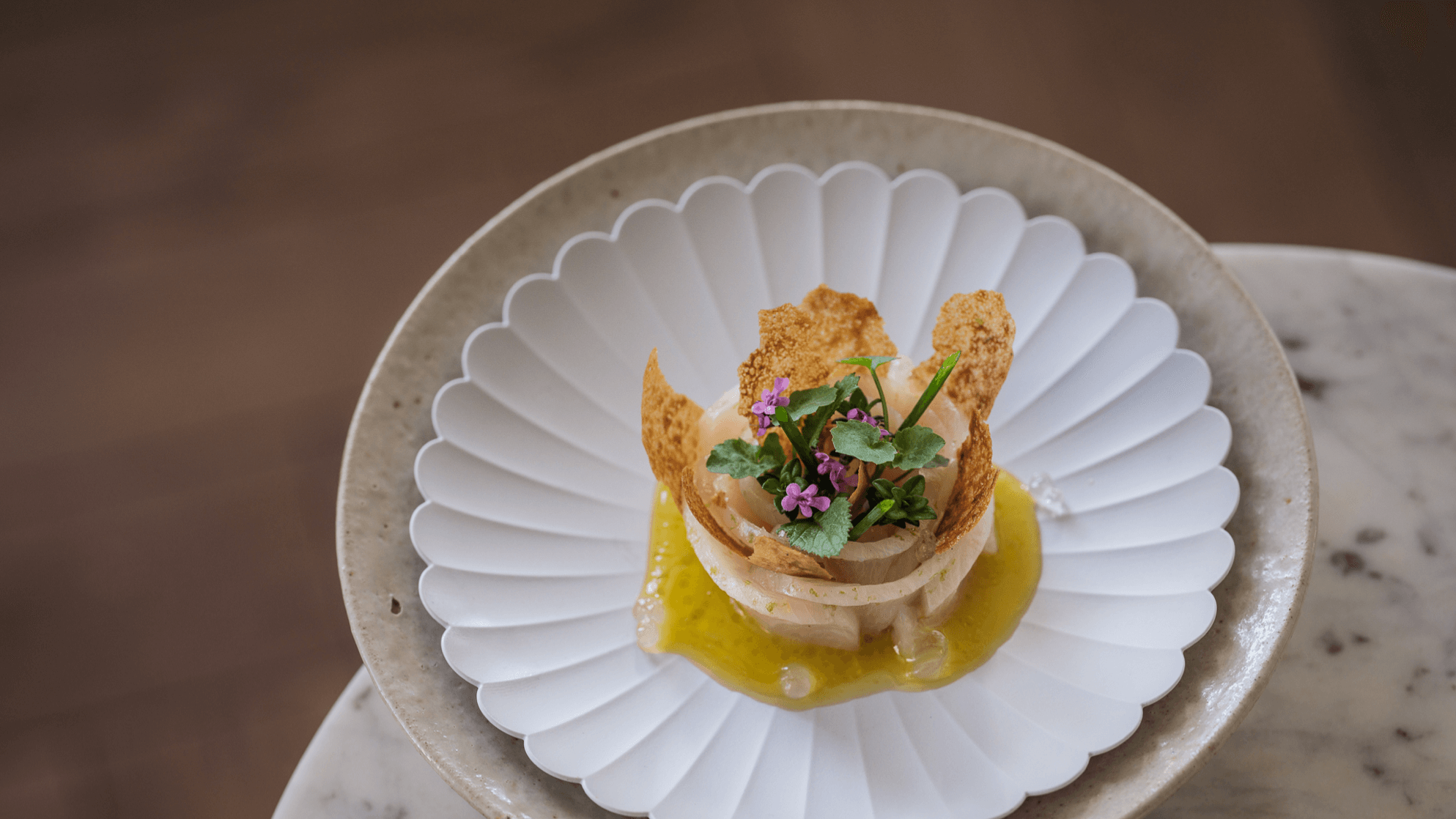 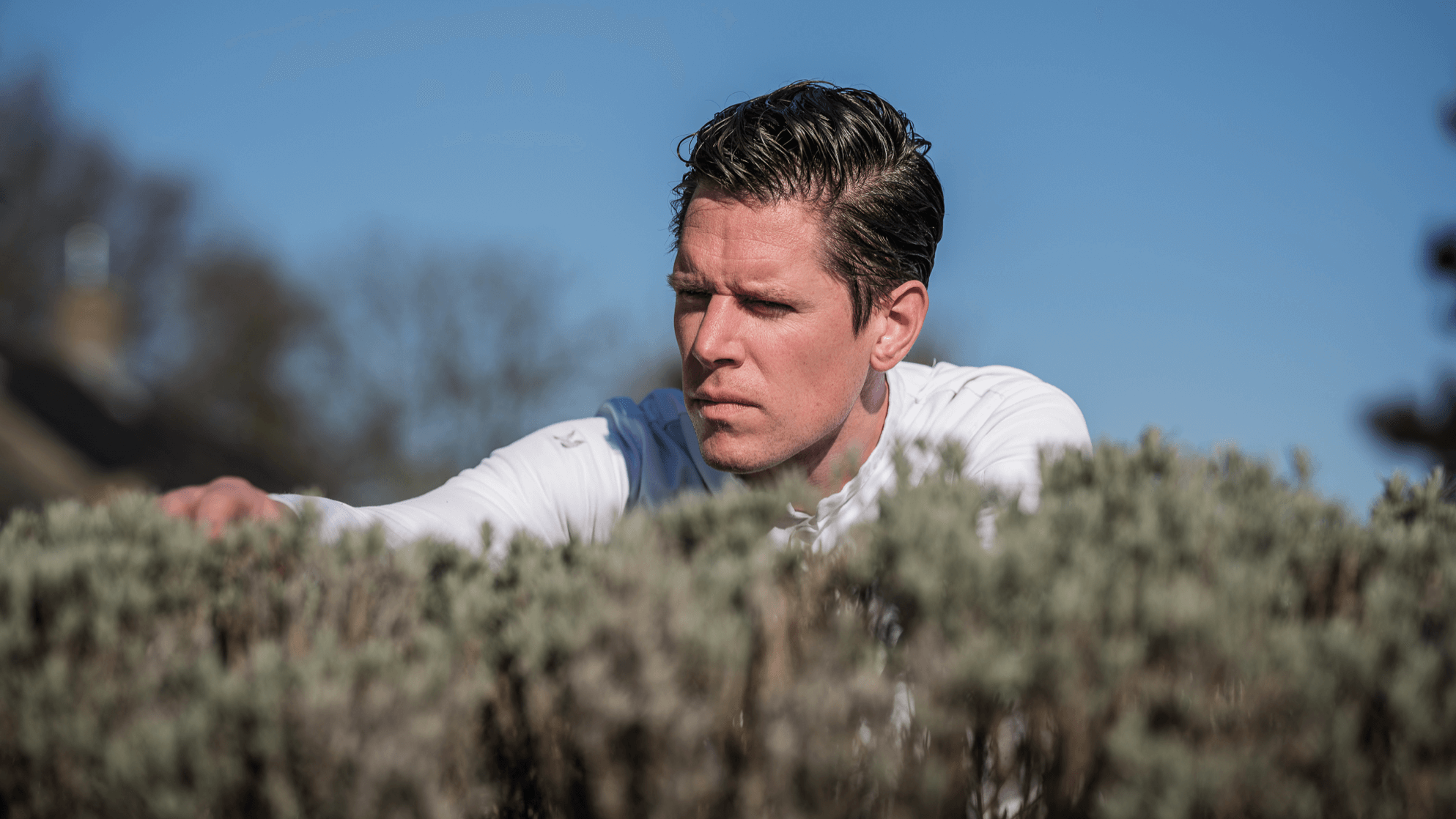 The power of simplicity

“As a chef, I’m constantly innovating and refining to create depth. Our cuisine is increasingly minimalist, placing more emphasis on fewer ingredients, and everything we do is driven by the quest for perfection. You can see our expertise and passion on the plate.”

“Our restaurant feels like a living room. It’s quite small, with space for only twenty-six, and the setting is warm and friendly, not too posh. The showpiece is the raised chef’s table, where four to five people can watch us at work and get their dishes and explanations straight from the kitchen. It’s a really nice dynamic, and a special experience.”

Fresh from our own garden

“We grow our own herbs and flowers at the side of the restaurant, and the finest kitchen ingredients in the spring and summer. During that time, we work with the kitchen team each morning to pick the products we need for that day.”

“Sometimes, simplicity can make a dish really special. That’s certainly true of our two signature dishes. Steak tartare with kimchi, cornichons, spring onions and quinoa is not the most special dish, but it’s incredibly flavourful because of the care we put into selecting the beef. Some guests order it as an extra after the main course. And the signature dish with avocado and grape tastes so surprising that even non-vegetarian guests order it time and again.”

Even at a young age, Jos Grootscholten (b. 1984) was holding his own in the brigades of starred restaurants such as Beluga in Maastricht, Calla’s in The Hague, and Vermeer in Amsterdam. He ended his training on a spectacular note with internships at Restaurante Martin Berasategui in San Sebastián and René Redzepi’s Noma in Copenhagen. Since 2010, he has been patron cuisinier of Perceel, in Capelle aan den Ijssel, where he gained a star within 16 months. In 2013, Grootscholten was named most promising chef of the year by Gault&Millau.

Monday to Wednesday open on request